The gradual deepening of the deep and exemplary resonance with Shiva, which prepares and opens our being to the Grace of Shiva, which is bestowed in a unique and privileged way in the sacred moment of Mahashivaratri

TThe MAHASHIVARATRI 2022 Spiritual Camp takes place exclusively online and is intended for all men and women of our Spiritual School who aspire to deepen the intense, plenary and profound resonance with the Great God SHIVA!


We enthusiastically invite you to celebrate the Great God Shiva together in the second edition of the Mahashivaratri Camp, through which we aspire to be prepared, with the subtle-telepathic support of our spiritual guide Grieg for the “great spiritual night of Shiva” – MAHASHIVARATRI, the sublime night of the bestowing of Godly Grace…

About the Mahashivaratri, the Spiritual Guide reveals that it is “one of the holiest spiritual nights of the year… and if we are properly prepared, it can transform us profoundly and permanently, by the mysterious grace of Shiva. If we are prepared, we will receive many godly gifts on the most uplifting celebration of the year. We all have this wonderful possibility, just waiting to be fully manifested in us. It is therefore in our power to choose this miraculous opportunity HERE and NOW.”

The unique topics approached by the lectures, exemplifications and special spiritual techniques that we will perform together, with the subtle support of our Spiritual Guide, will open our soul to the mysteries of Shiva’s spiritual heart and will prepare us to receive Shiva’s Mysterious Grace!

People who register by Friday, February 18, 2022, will receive a special bonus: they will be able to listen to the lectures of the first edition of the MahaShivaRatri Camp in 2021 from February 21st-24th, 2022!

From the camp program

The gradual deepening of the profound and exemplary resonance with Shiva that is bestowed in a unique and privileged way in the sacred moment of Mahashivaratri.

During the camp we will listen to the Spiritual Guide’s presentations on the 3 fundamental aspects of Shiva:

People who register for the camp will have access to the camp’s materials for an extra 30 days after the end of the camp, based on the code received at registration.

The force-idea of the camp:

Shiva’s hypostases that we will explore during the camp

Saivism sages often invoke Shiva as Tryambaka or Virupaksha, “Shiva with terrible eyes”, because of his third eye, located in the middle of the forehead and symbolizing the complete opening of the secret force center ajna chakra. It is called by the sage Utpaladeva ‘the fire eye ‘ – the one that dispels duality, thus directly and totally embracing the heart of godly love – and also ‘the light eye’, from which love, happiness and the incomparable ambrosia of Godly Life spring out:
“A drop of Your happiness falling on the earth gives birth to the Moon. A spark from Thy fire, destroyer of illusion, gives birth to the Sun.
O Lord, to Thee, who penetrates everywhere with Thy gaze, we offer our whole being as an offering to Thy third eye, unique seal of ineffable and transcendent greatness. ”

If Paramashiva – undifferentiated Oceanic Consciousness and Bliss – is our own essential substance, why is it that we do not perceive it as such and we are subject to illusion, fear and pain, being dominated by the body and ego?
This aspect arises because Shiva is also a Magician, who through his creative and deceptive force, maya, hides in Himself from Himself through Himself – like the spider encircling itself in its own web – to play its prodigious game of enchainment and liberation, both at the macrocosmic and microcosmic levels. It perceives itself, therefore, fragmented into innumerable beings created by self-forgetfulness, for in giving birth to multiplicity, it hides itself, concealing unity.
In this direction, the initiate Laleshvari says: “There is neither you, nor I, nor contemplated, nor contemplation, there is only the Creator of the Universe, who lays hidden in the hearts of all beings, apparently lost in self-forgetfulness. If the blind, or, in other words, the ignorant, discover no meaning in Him, on the contrary, the wise, seeing the Supreme, melt ecstatically in Him. ”

In the Hindu tradition, Shiva Mahakala is one of the terrible hypostases of Shiva.
Mahakala means transcendent Time (Great Time), Time beyond Time, Undivided Time in its plenitude, as it was before and after creation, Eternity. Mahakala, the one who swallows time, swallows the epochs, the temporal cycles, the ages of humanity, in this hypostasis Shiva being the masculine counterpart of the Great Cosmic Power of time, Kali.
In the Tibetan tradition, Mahakala is unanimously considered to be the protector of spiritual teachings. He is a personification of the Godly Supreme, in his particular aspect of dissolution of the Universe, but also the One who helps human beings to overcome all negative aspects and especially obstacles on the path of spiritual evolution…

Cost of the camp and payment

Cost of participation in this camp:

Tonight let us think moment by moment about the mystic Shiva and Shiva alone. Tonight, to him or her who asks, Shiva will give. May this night the supreme grace of Shiva pour down upon us and fill our whole being forever….

Camp participants will be able to ask intelligent questions about the content of the conferences. These questions, as well as some suggestions or ideas can be sent either to tabaramahashivaratri@mahavira-ananda.ro or directly in the form on the Contact page.

Please remember that the programme, although very rich, is optional! 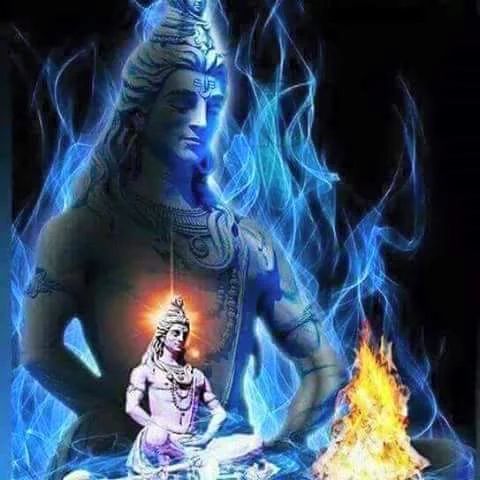